My Key Takeaways From The Last Dance 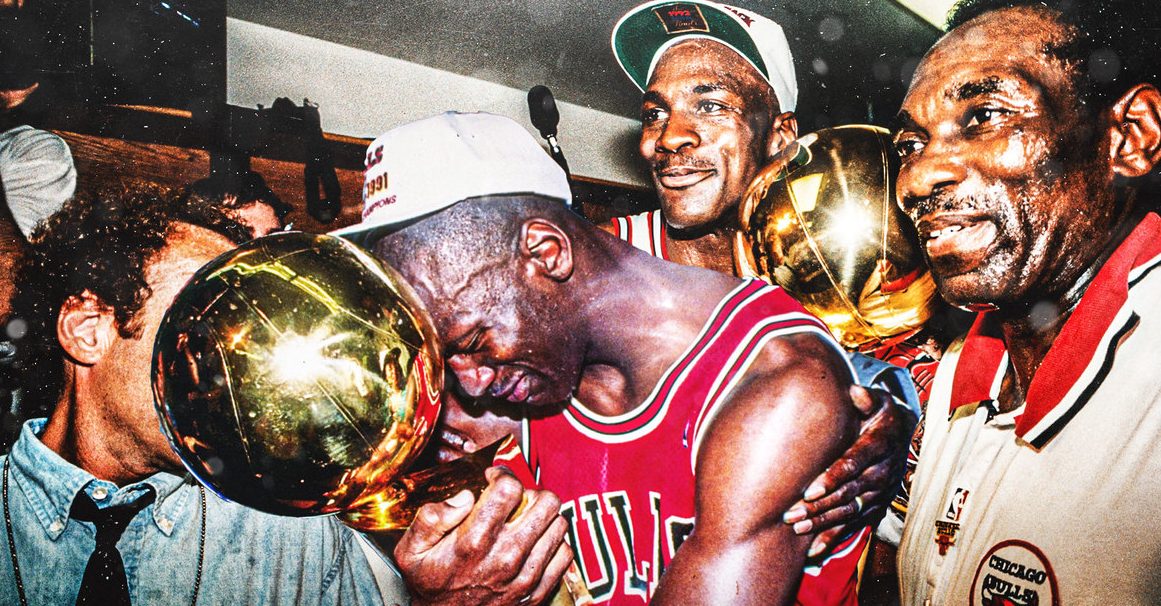 My Key Takeaways From The Last Dance

I just finished watching The Last Dance, a documentary on Michael Jordan, the Chicago Bulls, and the rise of the NBA. If you haven’t seen it yet, I strongly recommend it. Not only did it make me nostalgic for the years I lived in the US, but it also inspired me to reflect on a few key life lessons.

1) Extraordinary work ethic is the key for all of us to unleash our greatness in life.
There are no short cuts if you want to achieve your definition of success. With his speed, balance, vertical jump, and explosiveness, Jordan definitely moved differently than others players did on the court. However, the truth is that any athlete who makes it into the NBA (or ONE Championship) ranks among the world’s best. What really separated Jordan from all of the other superstars was his work ethic. He simply refused to be outworked by anyone in practice or in a game. Teammates even hated him because he was absolutely ruthless about pushing with maximum effort and striving for unparalleled excellence during both practice and games. He demanded and expected greatness of himself and of his teammates – every day. As such, Jordan’s rate of improvement far outstripped everyone’s rate in the NBA. It is yet another reminder that the difference between the extraordinary and the ordinary lies in what we do every day.

2) Grit is everything.
Michael Jordan did not make his varsity basketball team in 10th grade. Imagine if he had quit. How many kids quit when they do not make their varsity teams? Maybe some of those kids actually have the potential to become an NBA superstar, but they let the first sign of defeat rob them of their dreams. In many ways, setbacks, obstacles, and failures are simply tests for how badly we want our dreams. If we want something badly enough, we will make it happen. If not, we will find a way out when things get rough. Over my career, I have seen capable people quit just before the finish line. They had everything needed to succeed in life, except for resilience. The truth is talent and smarts will only carry you so far in life. Grit is the key difference between achievers and almost achievers.

3) Teamwork really does make the dream work.
No one succeeds alone in life, business, or sports. Join a team that elevates you to dream more, do more, and be more in life. Whatever your role is, play it to the maximum. Contribute, give, and help wherever you can. If everyone has that mindset, the team becomes extraordinary and unstoppable. In many ways, the Chicago Bulls reminds me of our leadership team at ONE Championship. There are no egos or attitudes. We each have a different role to play on the team, and we simply focus on doing whatever we can to push the ball forward. Each leader is genuinely the best in the world at what he/she does just like Dennis Rodman as a rebounder, Steve Kerr as a 3 point shooter, etc. When people ask me how ONE Championship keeps breaking records and making history, I point to our leaders and our team.

4) A world champion’s mindset is rare.
Everyone wants the trophy at the end of the season, but no one is truly willing to pay the price. Most people talk about their dreams, but do not have the pain tolerance to achieve them. The truth is that the person who is willing to suffer the most for his/her dreams is also the person who is most likely to achieve them. Michael Jordan had a singular obsession with winning world championships. He was relentless. He was unyielding. He was unstoppable. Jordan never allowed excuses to determine his trajectory. His singular obsession might have rubbed many people the wrong way, but his teammates owe their championship rings to Jordan’s leadership of excellence and obsession with winning.