The Genius Of Vasyl Lomachenko 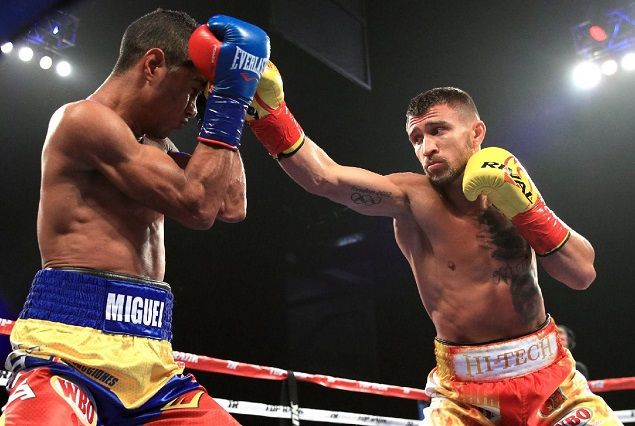 The Genius Of Vasyl Lomachenko

I just rewatched Vasyl Lomachenko vs Guillermo Rigondeaux for the 3rd time this afternoon. There are so many incredible things about Lomachenko, but his real genius is in his fundamentals. He is not a flashy boxer like Roy Jones Jr or Prince Naseem were, and he does not have monster KO power like Mike Tyson or Tommy Hearns had. Yet, Lomachenko makes everything look so easy and flawless because his basic fundamentals are so sharp.

1) The magic of Lomachenko’s footwork is that he is never off balance or out of position before, during, and after a combination. It’s one thing to have great footwork, but it’s another thing to have great footwork with excellent balance and posture at all times. It doesn’t matter if he is attacking or defending, Lomachenko’s movement, balance, and posture are picture perfect. These things are also true even if he misses his target completely. In the art of striking, when you have excellent footwork with excellent balance and posture, you are always ready to fire weapons (without any balance reset). This big detail allows for excellent attack and counterattacks in tiny fractions of a second. This economy of motion is a significant advantage at the highest levels of striking in any art.

2) It is clear that unpredictability is the philosophy of Lomachenko’s boxing. Of course, he has hand speed, but what makes him special is the unpredictability coupled with his speed. He alters the speed, height, and angles of his punches with such seamless variety that it makes it impossible for his opponents to catch his timing. Additionally, he throws combinations interlaced with feints. If you watch closely, he utilizes feints before, during, and after his combinations. When you put all of these elements together, it is no wonder why his opponents seem slow to react to his attacks. Lastly, he disguises his power punches as speed punches very well. So an opponent cannot really tell when Lomachenko is going to punch with power or punch with speed. Most fighters cannot effectively disguise their power punches from their speed punches and vice-versa. Lomachenko is a master at this deception.

3) Without a doubt, Lomachenko is a master of angles. Not only does he throw punches from a variety of angles, but he uses his footwork to angle out of danger and/or to attack from an advantageous angle. It is one thing to talk about attacking from angles, and it is another to thing to do it in real-life. Any analyst can talk about moving off the centerline to attack, but it is very hard to do in reality against a high level opponent. Whether he is initiating an attack or finishing an attack, Lomachenko automatically angles out. It makes it very hard for an opponent to counterattack from a position of power.

4) Lomachenko also has excellent head movement. He slips punches within fractions on an inch, giving him the correct distancing to counterattack quickly. If you combine this tight head movement with his strong balance, it is a nightmare for any opponent. It means that he will make you miss by a hair, and be in an excellent position to unload on you. He is always bobbing and weaving with the accuracy of fractions on an inch.

5) Lastly, it is clear that Lomachenko has a sharper sixth sense than most boxers. His pattern recognition and reflexes are out of this world. He can read combinations and movements faster than most people can blink. This sixth sense also translates into punching accuracy because he throws at a target where the opponent’s most likely reaction will be. In other words, he sees what you are going to do before you do it. Pattern recognition is one of the most important elements of fighting. This concept is why Lomachenko always seems to be a step or two ahead of his opponents. Think about how scary that concept is if you are fighting Lomachenko. He knows where you are going before you do and he knows what you are going to do before you do.

There are so many other elements to Lomachenko’s genius that I could keep writing and writing. However, what I love most about his style is its efficiency and economy of motion. His style of boxing is simple and ruthless. If Lomachenko stays humble and hungry, I truly believe that he has the potential to be one of the greatest boxers in history. There is no doubt that he is the real deal.