I just received this chart yesterday from Joyee Biswas, Head of Sports (APAC) for Meta (Facebook). For 2021, ONE ranked #1 in the world out of 5,000+ sports properties in terms of organic video views! I am genuinely blown away by these numbers. Of course, I knew that ONE had been experiencing exponential growth (and still is) over the last few years, but I had no idea that ONE would be the largest in the world in terms of organic video views. Thank you to the greatest fans in the world! 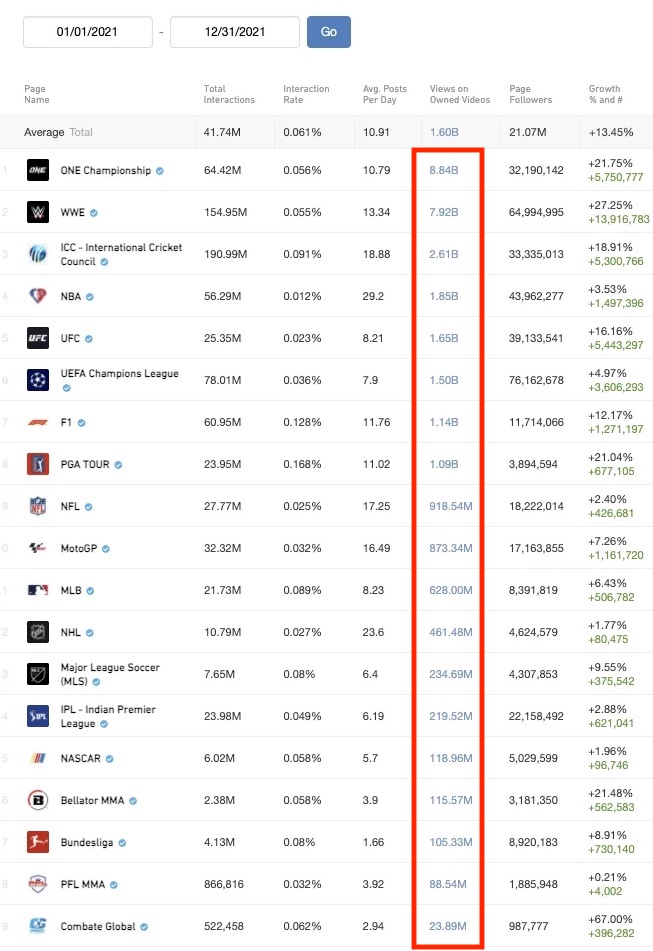 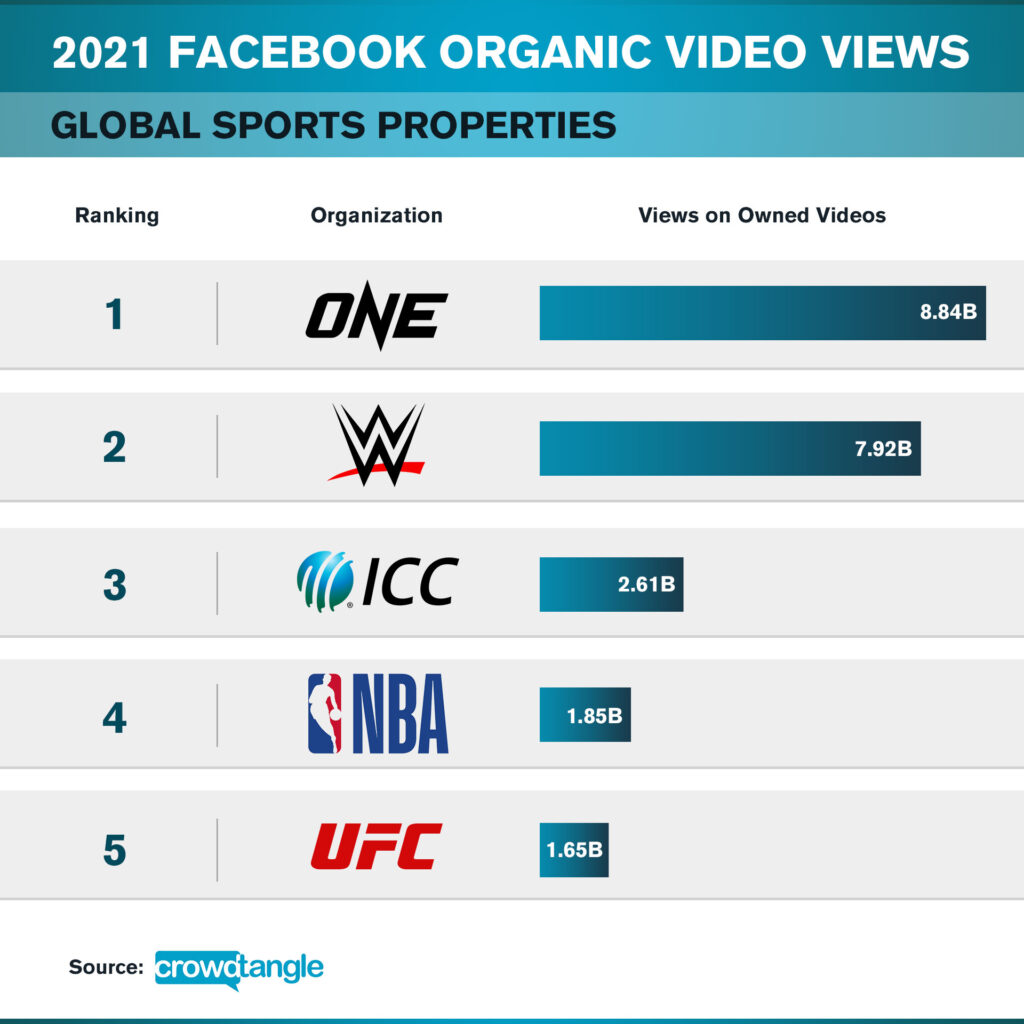