How I Found My True Calling (How You Can Too) 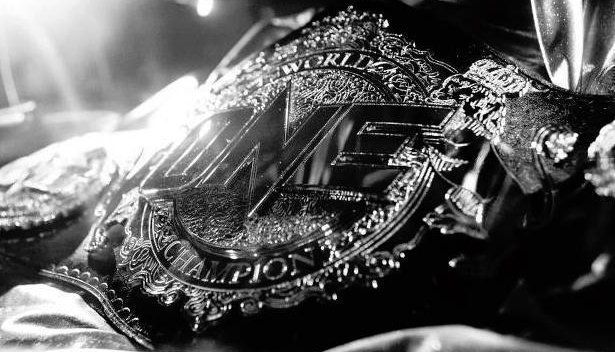 How I Found My True Calling (How You Can Too)

When I was struggling on $4 a day in poverty, there were a couple of times that I thought about giving up on my dreams. I hate to admit it, but it is true. My dreams seemed too far away, too impossible, and too unrealistic. One of my breaking points came when I saw my mother crying alone helplessly. She had always been a pillar of strength in my eyes, but our family had become penniless and homeless. My mother ended up living with me in my tiny dorm room at Harvard because she had nowhere else to go. In those days, my role models and real-life superheroes were Yodtong Senanan, Nelson Mandela, Bruce Lee, Muhammad Ali, Richard Branson, and other extraordinary human beings who had conquered adversity and circumstances to unleash their greatness in life. One of my childhood Muay Thai buddies, Yoddecha Sityodtong, was an abandoned orphan and child slave who later became a Muay Thai World Champion. At the lowest points in my life, these extraordinary human beings and their remarkable stories of triumph gave me hope, strength, and inspiration to fight for my dreams.

“IKIGAI” is a profound Japanese concept on the art of living. The fundamental belief is that life only truly begins when you discover your IKIGAI and start living it with honesty and authenticity. The direct translation for IKIGAI is “reason for living” in English. The Japanese believe that everyone has an IKIGAI, but that it requires deep soul-searching and true self-reflection to find it. What is it that ignites your soul? What is your reason for living? Why were you put on this Earth? What is your unique gift to the world? In your happiest moments, why do you do what you do?

My IKIGAI is to unleash greatness in everyone through the power and beauty of martial arts. Martial arts is what I love. Martial arts is who I am. The biggest misconception about martial arts is that it is about fighting or violence. It is the farthest thing from the truth. The truth is that martial arts is one of the greatest platforms to unleash human potential. It changed my life and I know it can change many other lives. Over the last 30 years, martial arts has given me integrity, courage, mental strength, confidence, humility, respect, kindness, work ethic, honor, discipline, a desire for continuous self-improvement, and so much more. It also has given me a warrior spirit to conquer adversity in life. These essential life skills are my foundation as an entrepreneur. Through the power of martial arts, I went from surviving on $4 a day in poverty to living the life of my dreams.

It might sound corny, but the main reason I started ONE Championship was to create a better world for Asia. For me, ONE Championship is a celebration of Asia’s greatest cultural treasure, martial arts, and its deep-rooted Asian values of integrity, humility, honor, respect, discipline, courage, and compassion. Yes, it is true that we showcase some of the world’s greatest martial artists in an exciting sports entertainment format on Asia’s largest global stage of 1 billion potential viewers across 118 countries. However, my inspiration is far bigger than just sports or entertainment. There is a deeper meaning that ignites my soul. The vast majority of the greatest World Champions in history have had to conquer unfathomable poverty, tremendous adversity, unspeakable tragedy, and impossible odds to achieve their dreams in life. Through the power of media and the magic of storytelling, I want to introduce these real-life superheroes to the world so that they may inspire billions across all segments of society to live their dreams in life. I want to share the extraordinary, against-all-odds life stories of the greatest martial artists so that the entire continent of Asia can be elevated with hope, strength, and inspiration in the same way I was in the bleakest moments of my life. If martial arts gave me the courage, mental strength, tenacity, and warrior spirit in life, then my role models and real-life superheroes gave me the inspiration to fight the good fight for my dreams. I truly believe in the magic of hope, strength, and inspiration to change the world. Of course, as an entrepreneur, I also see the economic opportunity for ONE. As Asia’s largest sports media property, ONE Championship is sitting on a multibillion dollar opportunity. The advertising market alone in Asia is US$220 billion a year, and a big part of it will go towards sports in the coming years. In addition, if you include the market size for media rights, merchandise, online gaming, brand licensing, and other revenue streams, the addressable market for ONE Championship is in the hundreds of billions. Every region in the world, except for Asia, has multibillion dollar sports media properties. North America has NFL, MLB, NBA, and UFC. Europe has EPL, Formula ONE, Bundesliga, and La Liga. Asia has nothing – literally nothing. There are no Asian sports media properties with live events and live broadcasts on a pan-Asian basis, except for ONE Championship. Other than soccer, there has never been a sport in Asia that has been able to transcend geographic, socioeconomic, language, and cultural barriers across the entire continent. As a result, we have almost no role models and real-life superheroes in Asia. Through ONE Championship, I am betting that martial arts is the only other sport that can transcend all of that and more; it has the rare combination of local relevance and global appeal. Asia has been the home of martial arts for the last 5,000 years. There is a native martial art in almost every country across Asia: Kung Fu in China, Taekwondo in Korea, Karate in Japan, Sambo in Russia, Muay Thai in Thailand, Silat in Indonesia, and so forth. Martial arts is already woven deeply into the fabric of Asian society, culture, and history. Asia has a population of 4.4 billion people with 2 billion viewers in the same time zone. It is the largest media market in the world in terms of potential viewers. With fast-rising GDP per capita over the next 10, 20, 30 years and beyond, it is only a matter of time before Asia becomes the largest media market in the world in terms of economic value. Within that context, live sports is rapidly evolving into the only “must-have” killer content across all platforms. Technology is in the process of destroying the traditional media industry as we know it, thereby increasing the economic importance and strategic value of live sports content to all media broadcasters. Every form of media content, except for live sports, can now be consumed on-demand anytime on multiple platforms. Live sports is the only irreplaceable draw for viewers, subscribers, advertisers, sponsors, etc. As an entrepreneur, I feel like the luckiest entrepreneur in the world to be sitting here with the right product at the right time in the right place with all of these various macroeconomic and industry forces colliding in my favor. Today, I am blessed with the precious opportunity to live my dreams. Through our real-life superheroes at ONE Championship, we have the awesome power to ignite hope, create dreams, inspire nations, and change the world. Angela Lee is a great example of one of our female superheroes who will help to inspire women to do more, achieve more, and be more in life. Another wonderful inspirational superhero is Bibiano Fernandes; he grew up on the Amazon river in extreme poverty in Brazil without daily food and today he is one of the greatest World Champions in history. Dejdamrong Sor Amnuaysirichoke and his remarkable life story is also yet another a living testament that poverty is something that can be conquered through work ethic, sacrifice, dedication, and humility. Amir Khan is yet another example of greatness unleashed; he was born with Tourette’s Syndrome, but still managed to rise against all odds to become one of Singapore’s greatest fighters in history. I am truly inspired by the countless examples of real-life superheroes in ONE Championship. In many ways, my life has come full circle since that night I saw my mother crying alone helplessly.

ONE Championship is more than just a startup to me. It is my IKIGAI.