Earlier this week, ONE held the largest press conference in the history of combat sports in Thailand with over 1,300 of the most influential leaders, VVIPs, superstar athletes, media, and fans from the government, military, business, and martial arts communities in attendance. Thank you to everyone who came to support the birth of ONE Lumpinee at this historic event today.

Thank you to the Commander-In-Chief of The Royal Thai Army, General Narongpan Jitkaewthae, for your leadership, support, and attendance as the Guest of Honor today. I would also like to give a special thank you to General Suchart Dangprapai, General Ronawud Ruengsawat, and General Vasan Phungsampao for this precious opportunity to inspire our country with ONE Lumpinee. Thank you also to all of the biggest international promoters and Road To ONE partners for flying all the way to Bangkok from around the world to attend this historic press conference. I would also like to thank all of the Thai promoters and gym owners who came to show their support. 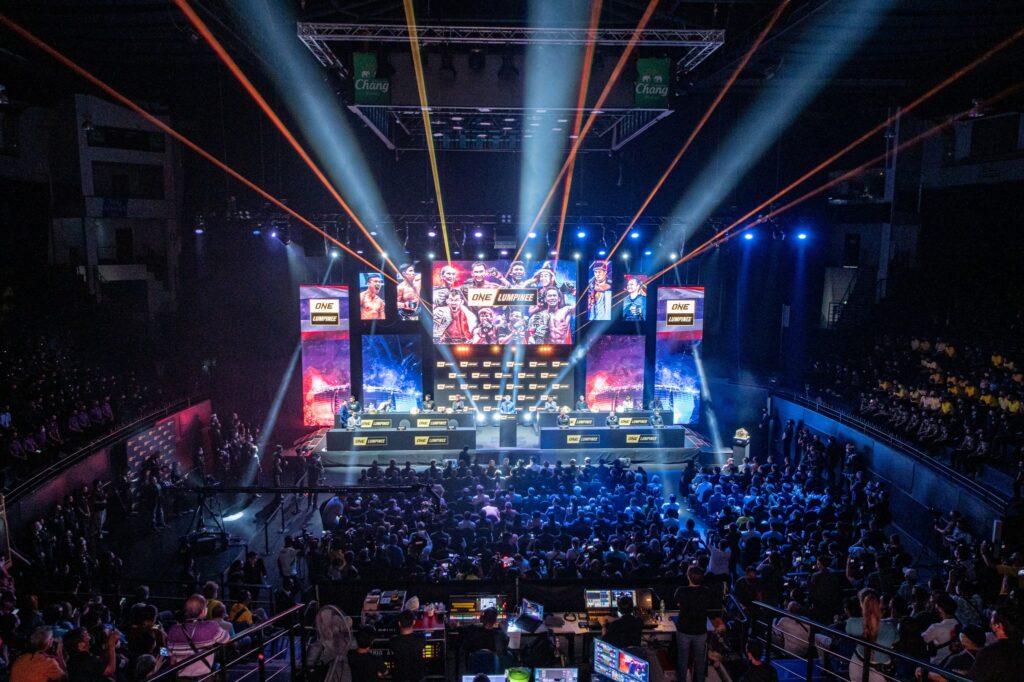 In summary, I made 5 major announcements:

1) ONE will invest $100 million into the global Muay Thai industry over the coming years.

2) Road To ONE is the most powerful network of the biggest Muay Thai promoters in the world with representation from the United States, United Kingdom, Japan, China, Germany, Australia, Philippines, Mongolia, Russia, Thailand, South Africa, Canada, and with more countries coming soon. It provides a clear path to ONE for athletes everywhere. If your dream is to compete on the world’s largest stage of martial arts, you know where to start.

3) In partnership with The Royal Thai Army, ONE will hold a minimum of 52 events at the legendary Lumpinee Stadium with a live global broadcast to 154 countries, starting in January 2023 every Friday night.

4) A major Thai broadcaster will air all ONE events live, starting in January 2023. I will make the announcement once negotiations have concluded.

5) ONE Lumpinee will pay the highest fight purses in Thailand to elevate the entire ecosystem. Many years ago, I left Thailand in poverty, sadness, and shame when my family went bankrupt. We lost our home and my parents were left penniless. My father eventually abandoned us. I never thought that I would ever return home again to Thailand. I pinch myself sometimes now because I could never have imagined that I would be living the life of my dreams today, especially when I think about the lowest days of my life struggling in poverty. I might be Thai-Japanese by birth, but my heart belongs to Thailand. I am full of gratitude and appreciation for the chance to serve my country and elevate the beautiful art of Muay Thai. As CEO of ONE, I hope to work with all athletes, gym owners, and promoters of the Muay Thai industry around the world to build a prosperous future together. We are ONE.