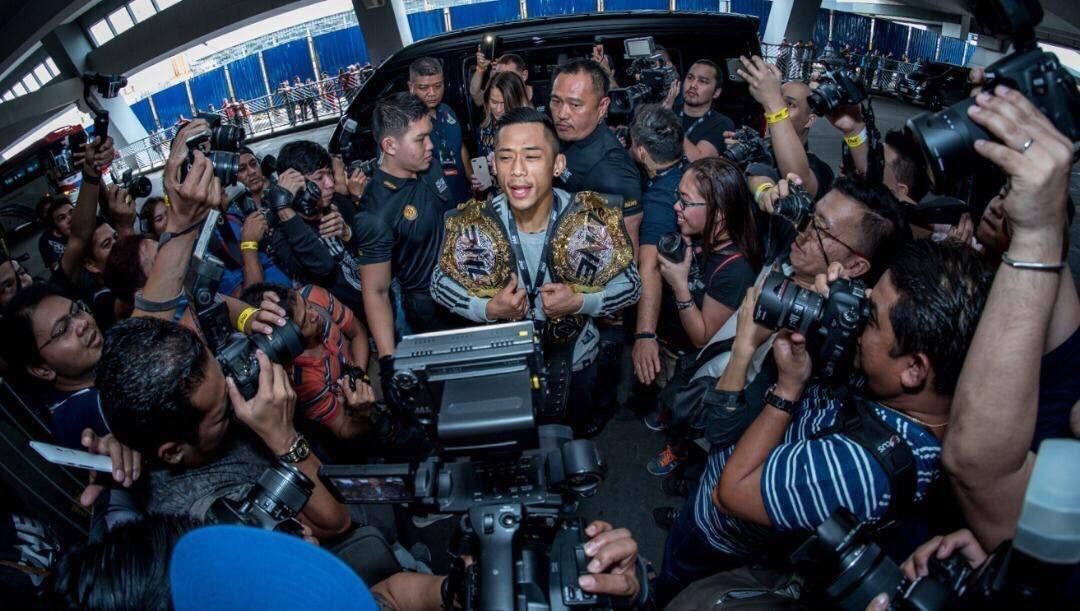 I always say that you can tell a lot about a man’s character by watching him in the face of both victory and defeat. In the last 12 months, the world has seen Martin Nguyen both conquer two divisions in ONE Championship, and also lose to the legendary Bibiano Fernandes and the incredible Kevin Belingon. Through all of the fame, success, and heartbreak, Martin has remained the same person. In his quest for greatness, he has always exemplified the true meaning of humility in victory and honor in defeat.

Most people don’t know that Martin used to struggle in poverty, earning only $250 a month (of which he gave $100 to his mom). Today, he is living the life of his dreams. He is where he is today because of his values and because of his insatiable work ethic. Martin has shut up the haters, doubters, and naysayers with his strategic fight IQ and his pinpoint accurate KO power. To be frank, he even shut me up when he beat both Marat Gafurov and Eduard Landslide Folayang via one punch KOs. In my eyes, Martin was a heavy underdog for both fights, and he shocked the world – twice. Let me also add that Martin will genuinely fight anyone, anywhere. He is a true warrior. Martin has never turned down a fight that Matt Hume has offered, or even asked for a different opponent. (There are tons of fighters who publicly say they will fight anyone, but always turn down fights if an opponent is too risky or too tough).

Above all though, Martin is a wonderful human being who exemplifies integrity, humility, respect, honor, courage, discipline, and compassion. He is not only a World Champion, but he is a role model for all of us. He is a caring father to 3 amazing children and a loving husband to a wonderful wife in Brooke Nguyen. Win or lose, Martin is a real-life superhero to the world. #gratitude