The Apprentice: ONE Championship Edition invites 16 candidates handpicked from around the world from a pool of thousands of applicants to compete in a high-stakes game involving physical tasks and business challenges. The winner receives a US$250,000 job offer to work directly under ONE Chairman and CEO Chatri Sityodtong as his protege at the global headquarters of Group ONE Holdings in Singapore. 12 special guest billionaires and/or CEOs from some of the world’s hottest startups and/or biggest companies appear on the show to lend their expertise, while 12 world champion martial artists push the candidates to their breaking points.

THIS. IS. NOT. YOUR GRANDFATHER’S APPRENTICE.

To view the official trailer for the show, please click here.

After months of anticipation, The Apprentice: ONE Championship Edition has finally hit the airwaves across Asia! The inaugural season of the 1st ever global edition of the reality television program premiered across Asia on Thursday, 18 March, 2021. (See below for local TV broadcast details across Asia).

For fans outside of Asia, please stay tuned for the worldwide premiere in the Summer of 2021! 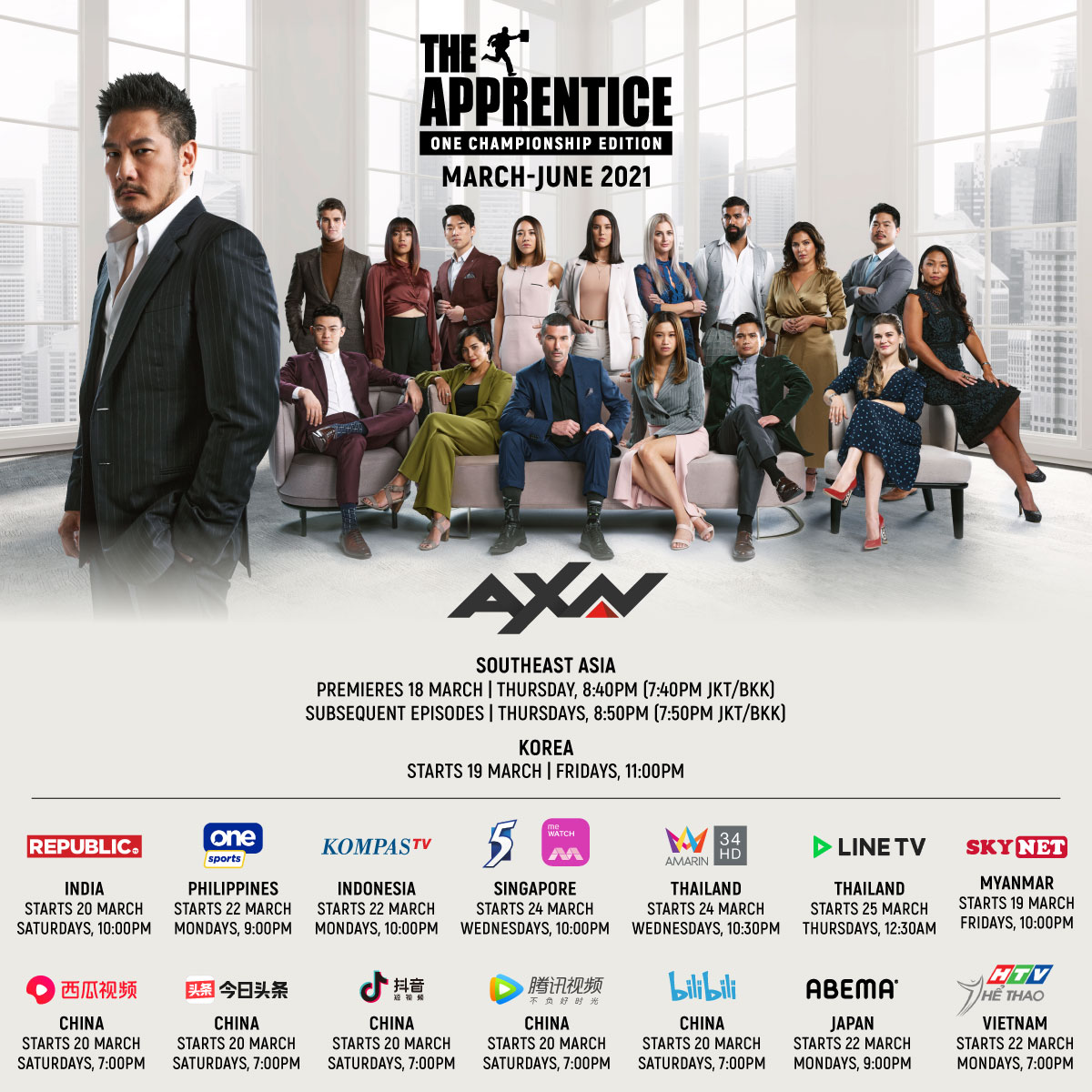 This international cast of candidates hail from around the globe, including:

Bar none, this edition of The Apprentice is the toughest edition ever created in history. For more details about the candidates, please go to ONEFC.com/TheApprentice. May the best warrior win! 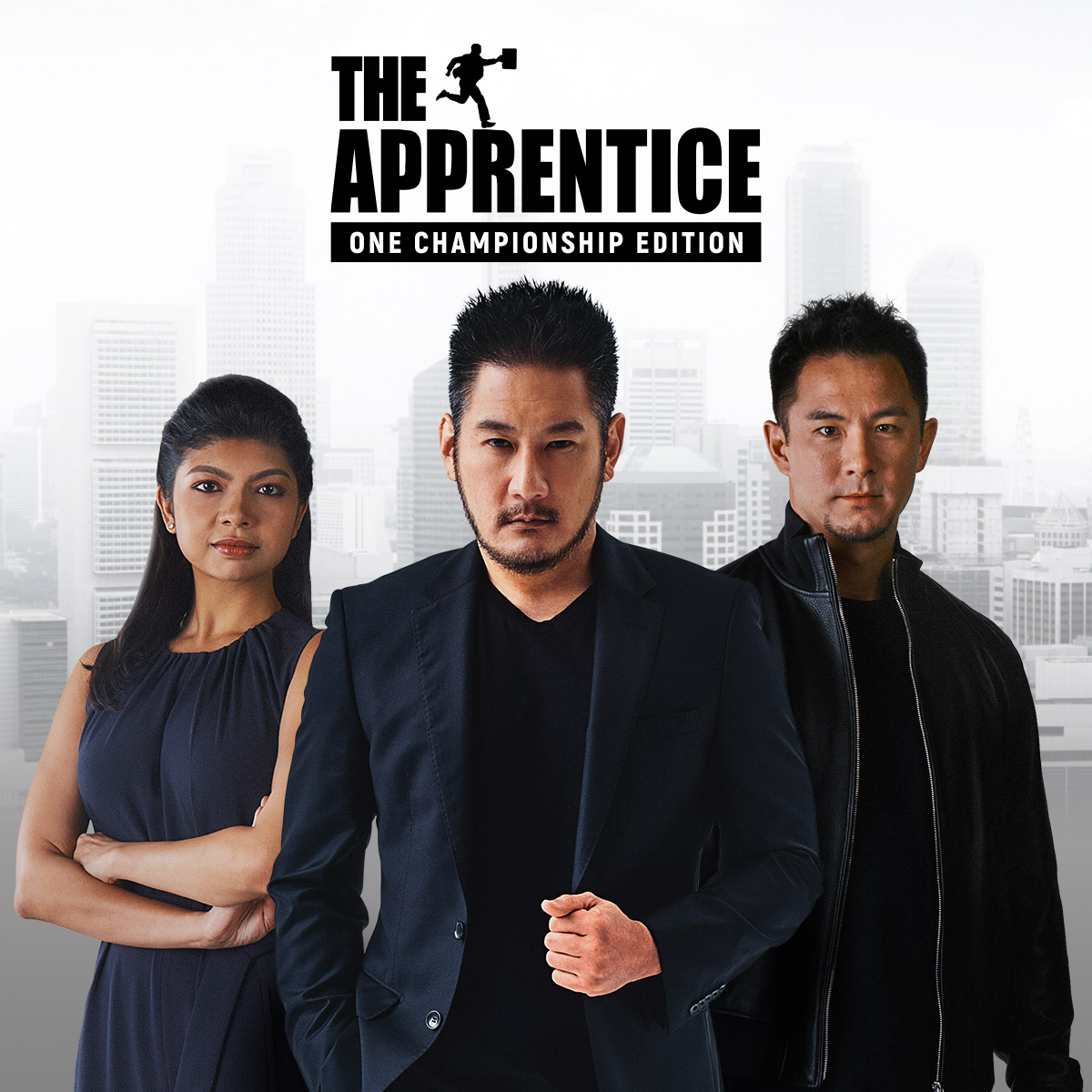